Host your all Websites & Manage from your single virtual private server.

Keep your website safe against constant threats by SSL Certificate.

With Linux VPS Hosting, we provide multiple Linux Operating System options with full root SSH access. You can select the operating system of your choice. 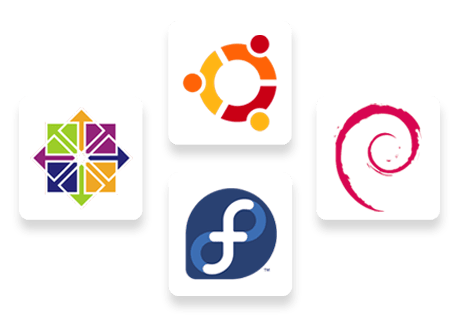 What is Cheap VPS Hosting ?

A Cheap VPS Hosting is an isolated server environment created after partitioning a physical server into multiple virtual servers , with each server having its own share of dedicated resources like CPU, memory and disk space. Each VPS is absolutely 'private' from the other servers sharing the same host node and each one functions just like any other regular server with root SSH access. With multiple virtual private servers functioning from one physical server, the operating costs are significantly reduced which in turn makes VPS hosting an affordable alternative to having your own

What can I do with a Cheap VPS Hosting India?

By Using VPS Hosting ,User can host or run multiple High Traffic Websites along with Faster Loading Speed than shared hosting Like Business Website,E-Commerce,Blogs etc as a individually under one secured VPS hosting server also you can sell like reseller hosting. We recommend for control panels like cPanel ,Plesk ,DirectAdmin with VPS hosting plans as they make it easier and convenient to host and manage all these aspects through a simple user-friendly interface.

How much time will it take to set up my VPS?

VPS Reset, Can Only Possible by Opening Ticket in Client Area (it may take 6-12 Hours to reset).